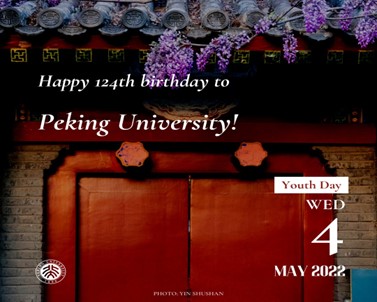 Here to commemorate this special occasion with us are Intralink’s CEO Greg Sutch and his colleague, the Director of Business Development - Paul Dupont - both of whom have extensive experience in China and East Asia. For the Anniversary Seminar, Greg and Paul led our students and staff in an interactive discussion on the very aptly titled, “Future of Innovation”.

Intralink is an international business development and innovation consultancy with a deep specialism in East Asia. With over 120 employees, a 32-year track record and 14 offices across Asia, Europe, Israel, and the United States. Intralink helps companies expand internationally quickly, easily, and cost effectively. Intralink is also the proud winners of The Queen’s Award for Enterprise and the President's E Award for Export Service. 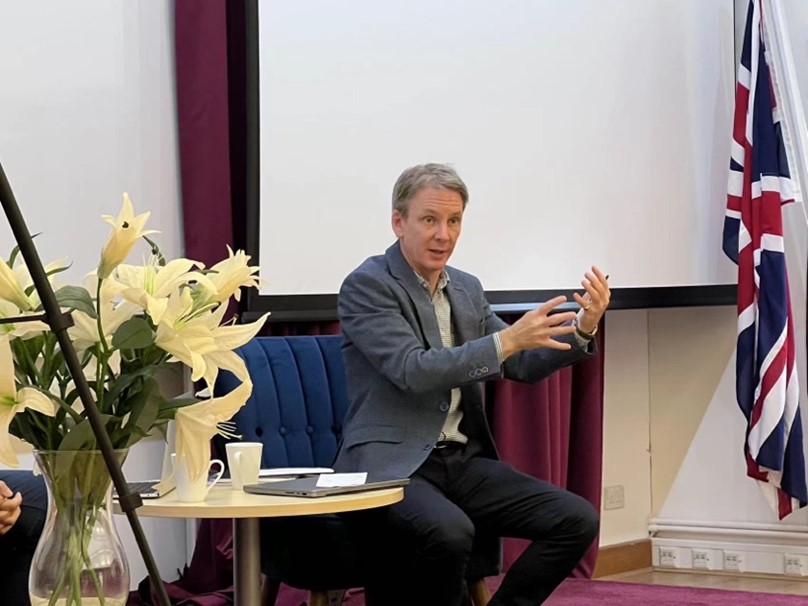 Thus, it is our great pleasure to have Intralink’s CEO, Greg and his colleague Paul here with us this morning. Greg joined Intralink as its general manager in Tokyo in 1996. He spent 10 years working in the company’s Tokyo office, growing the team from two to ten and delivering work for clients across a broad range sectors. In 2010, he was appointed group CEO. Today Greg leads a team of over 100 full-time employees in its international offices. Paul joined Intralink as its China Project Director in 2018 and is currently Intralink’s Director of Business Development. Paul engages in Western companies looking to expand in Japan, Korea, and China. 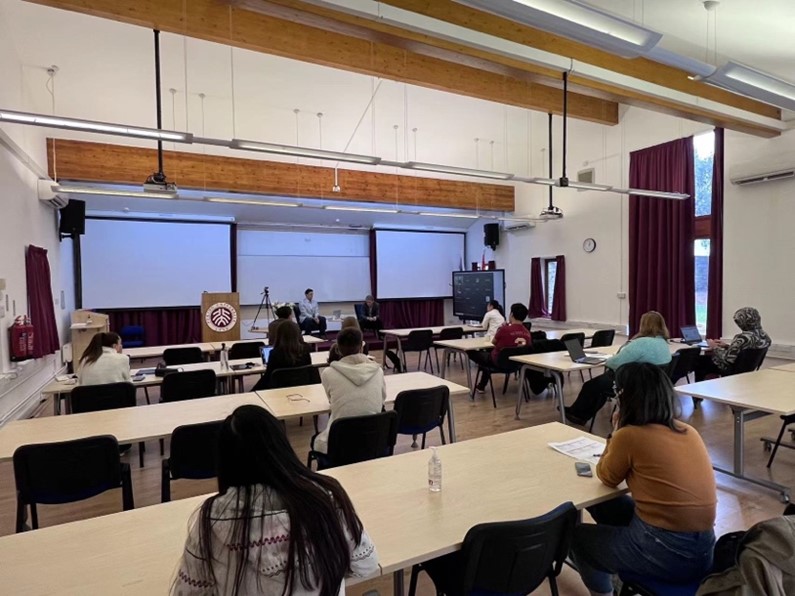 Greg started the discussion with a little story about how Intralink’ founder, James Lawson, on how he was born in post-1948 Shanghai, raised in Japan, and educated at the Harvard Business School, and how this story exemplifies the company’s ethos of open innovation. Using his extensive knowledge and experience in manufacturing, marketing, and international sourcing interests, he managed to build Intralink into a specialist organisation delivering results for industrial, consumer and technology focused companies in the most important economies in Asia - China, Japan, and South Korea. 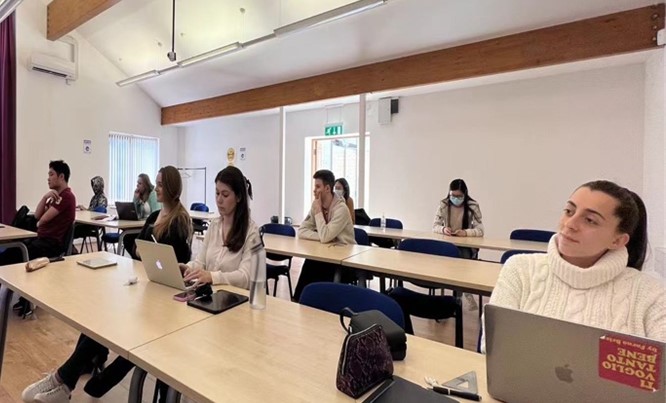 Greg also discussed how the key drivers in today’s economy are interlinked with the world’s greatest challenge - climate change and sustainability – have become imperative for the survival of companies. Many countries have pledged to be carbon-neutral in the next few decades and companies need to respond to that pledge. Thus, it is necessary for companies to look at existing internal and external resources, their supply chain network, and how to adapt to the changing demands of the world. 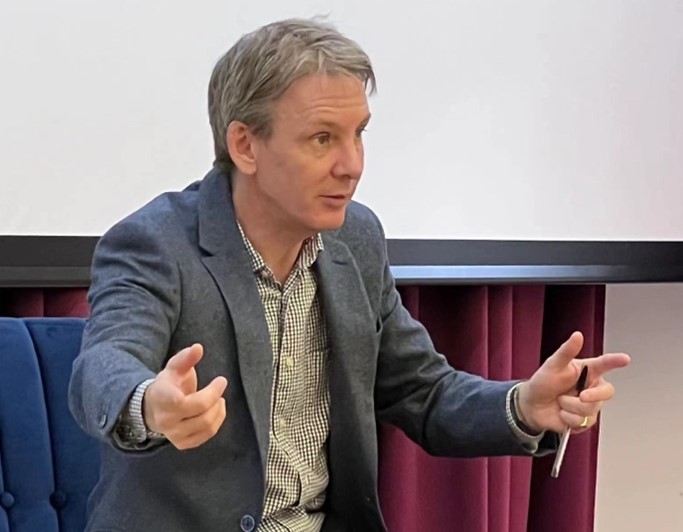 Greg and Paul also talked about how collaboration between corporates and start-ups/scale-ups have become imperative for the survival of these companies. Corporates are big established organizations and for a myriad of reasons, even with a big R&D lab and budget, might be lacking innovation. Greg pointed out that much of the world’s innovation now takes place outside of the corporate R&D lab and inside the wider innovation ecosystem like start-ups and scale-ups. In order to remain competitive in this globalised economy, Greg and Paul stressed the importance of corporates to scale up their innovative quotient. This is how Intralink can help, to match corporates with innovative start-ups and scale-ups. 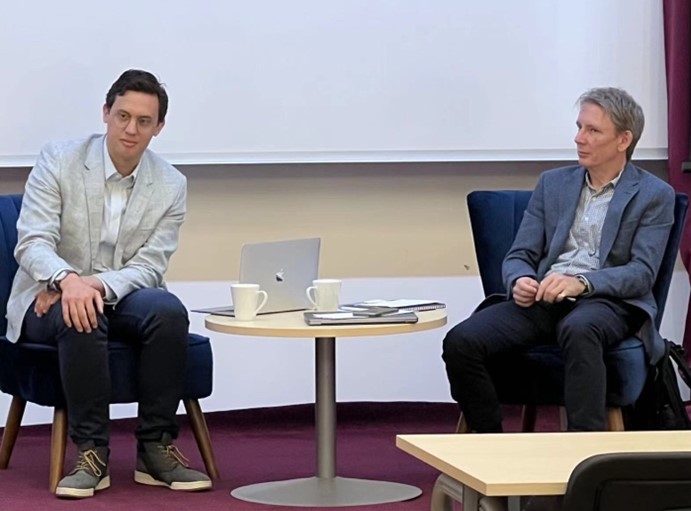 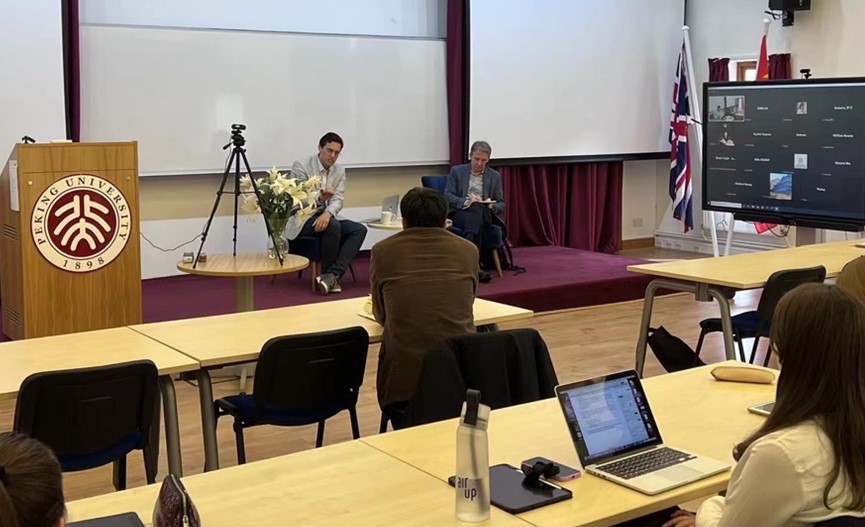 It was certainly a very interesting and engaging seminar. The UK Campus thanks Intralink for making this anniversary seminar possible and we are very grateful to Greg and Paul for taking the time out of their busy schedules to talk to our staff and students on the future of innovation.

How to Protect the Earth: PKU Students learnt about New Innovation from Oxford Scientists at OXCCU

New Media Art: The Future of Art and Technology

How to write a good email? - a generic skill for everyone

How are Chinese and English Language Different? A comparative study for Chinese learning and teaching