Will Europe Learn the Italian Lesson on How to Fight the War against Coronavirus?

From the 22nd of February until the 9th of May, Italy registered more than 30,000 coronavirus-related deaths. How did the whole process developed? Where should we be looking for some guiding lines? What can other countries learn from the Italian case?  On the 9th of May, Domenico Tarzia gave some answers. “Voice from Milan”, was the name of the Webinar given by this Assistant professor in Finance at Peking University HSBC Business School UK Campus.

To understand how the whole process developed, it is necessary to shed some light on the Italian National Health Service. Ranked among the best in the world, the system is regionally based and covers all citizens and foreign residents. It has a central government that shares the responsibility for the healthcare with the country’s 19 regions and two autonomous provinces. This means that the regions do have autonomy regarding how they structure and organise the system, through local health authorities. 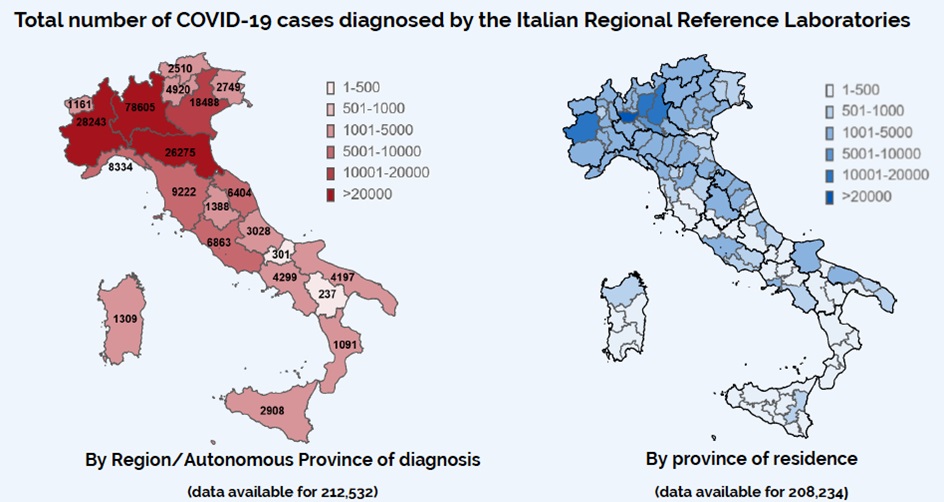 Located in the north of Italy, where the health facilities are considered better than those in the south, Lombardy province was at the centre of Italy’s coronavirus outbreak … On the 14th of February, a 38 year old man felt unwell, went to see a doctor and received treatment for influenza. With no suspicion of Covid-19 no precautionary measures were taken. On the 19th of February, the wife of the patient revealed that he had met an Italian friend who had returned from China, who subsequently tested negative, but the patient and his pregnant wife tested positive. Vento is another region, in the north, where a secondary cluster of infections occurred. Two people were tested positive on the 21st of February and the day after, one of them, a 78-year-old man (from the municipality of Vò), died at the hospital. He was the first fatality. The central government announced then the quarantine of 11 municipalities in Northern Italy.

On the 26th of February, it was announced that swabbing would be performed on symptomatic patients. Does this mean that all the regions followed the same guide lines? No! The Governor of Veneto ordered all 3,300 Vò residents to be tested. Of 6,800 swabs, 1.7% were confirmed positive. Testing positive, everyone in that patient’s home as well as their neighbours was tested.  On the other hand, Lombardy only tested residents who showed symptoms. And this was decisive to what was yet to come. The policies in Veneto are thought to have reduced the burden on hospitals, a problem that has greatly impacted hospitals in Lombardy. On the 1st of March, the territory was divided into three areas: A red zone (10 municipalities including Vò) where the whole population is in quarantine; a yellow zone (composed of the regions like Lombardy) where some activities and businesses were closed, and the rest of the national territory where safety and prevention measures where advertised in public places. Only on the 4th of March the Italian government imposed the shutdown of all schools and universities, and on the 8th March approved the lockdown of Lombardy and 14 other provinces.  The real tightening of the national lockdown only happened on the 21st of March.  According to the graphics showed by Domenico Tarzia, it was only after the 22nd of March that the daily evolution of new cases started to slow down. Veneto shows 600 cases, as in Lombardy the number goes over 3,000. More data also shows that the new cases drop down as the daily number of swaps increase.

The increase of testing made it possible to start to low the curve of the number of patients on intensive care units (ICU).
Looking at the country distribution of the Covid-19 cases, more than 71% of cases were detected in the north. “It looks like three different countries”, says Dominico Tarzia. What made it possible to contain the disease in the North? “People really obey the lockdown rules in the south.
So, what can we learn from the Italian experience?
- Covid-19 crisis was not considered seriously in the early stages. The state-of-emergency declarations were met with scepticism. The measures were increased gradually and were inconsistent with the rapid spread of the virus.
- There is no time to waste! Ten is the number of days that we might have from the first symptom to death. This is also why Covid-19 can easily overwhelm hospitals.
- Lack of coordination can be fatal. Hospitals can be the main Covid-19 carriers, as they are rapidly populated by infected patients. More than 11% of health worker were infected.
- The importance of a more aggressive policy, based on the 3T: The virus should be tracked; People should be tested and treated. Just as an example, Iceland tested 5% of its population and found that 50% of coronavirus cases have no symptoms.
Data also shows that older people are more vulnerable to the disease. 29% of deaths where among people with more than 80 years old and most cases occur in nursing homes.  Still struggling with nursing homes is the UK that believed in herd immunity and registered a huge delay in testing. “I shook hands with everybody", said Boris Johnson weeks before the coronavirus diagnosis. The death toll in the UK is now over 30,000.
At the end of the webinar the audience asked questions about economic measures, how the virus is affecting special communities and about the development of tracking the virus, in order to understand the spread mechanism.  The webinar was followed by more than 40 people, from different countries like China, Italy and Germany. Written by Anabela Santos
LATEST NEWS

The Third Generation of Social Media

Systems Dynamics Modelling for Covid-19 and Healthcare Supply Chain Management
How can we be more entrepreneurial?

The impact of COVID-19 on Banking and Finance

Energy, Culture & COVID-19: The implications for households and understanding the residential energy transition

Will Europe Learn the Italian Lesson on How to Fight the War against Coronavirus?